Founded and run by Peruvians

In August 1997 the 450 hectares of land that Monkey Island sits on was donated by the Peruvian government for use as a Monkey sanctuary. The first eight years were spent rejuvenating the island by planting over 70 species of trees and fruit, and we continue to work constantly to expand the diversity of the island habitat. Now full of fauna and flora, we strive to create a self sustaining environment for the monkeys to live free.

Our founder, Gilberto, grew up in a small community in the Amazon jungle. He worked for many years with tourists at a lodge near the island which was surrounded by wildlife, including Monkeys.

Growing up in an area where Monkeys are commonly sold as pets and hunted for meat, he decided to start a rescue and release program as he strongly believed that protecting local wildlife was important. After petitioning the government, Gilberto was gifted the barely inhabited island 21 years ago for use as a monkey sanctuary. The government did not provide any funding and so it look 9 years for the island to be converted from an overgrown, over farmed forest, into a sustainable habitat for rescued monkeys.

After 9 years of replanting, clearing, and building the small centre, the first monkeys were introduced to the island. All were victims of the illegal pet trade in Perú, rescued by police, vets and concerned citizens. La Isla de Los Monos never turns away a monkey, unlike the tourist centres who don’t want to spend money on small babies that may not make it. 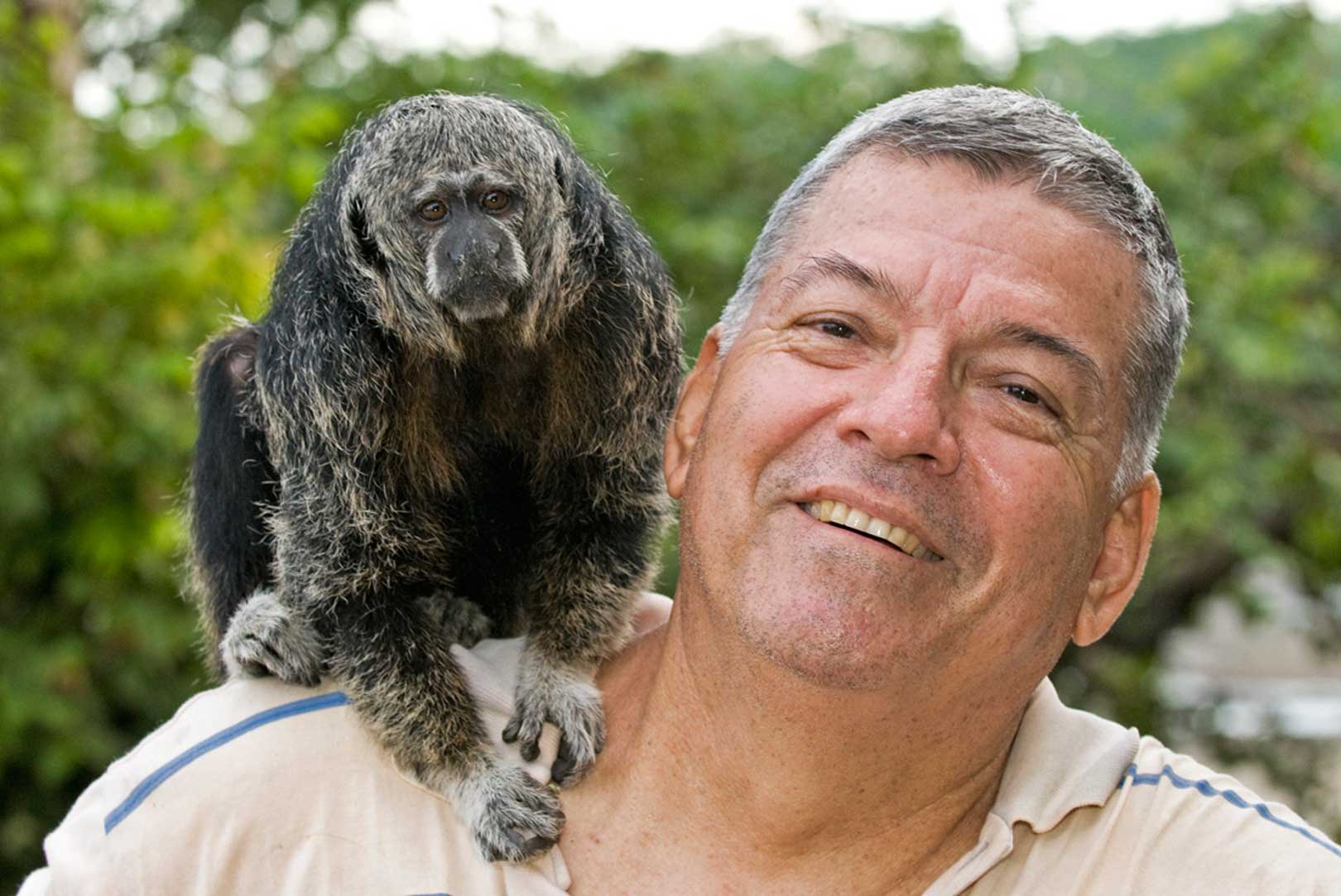